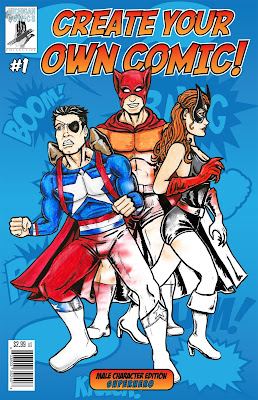 Kids of all ages (even adults!) can now be part of the action as they create their own comic book. This edition features a blank template to design your own male superhero and blank panel pages to tell his origin story!

Create Your Own Comic (Boy Edition) 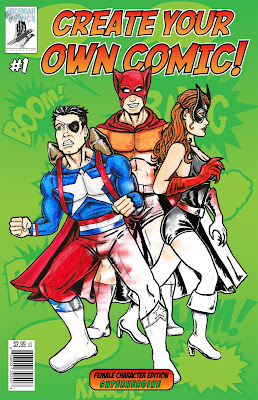 Kids of all ages (even adults!) can now be part of the action as they create their own comic book. This edition features a blank template to design your own male superhero and blank panel pages to tell his origin story!


Create Your Own Comic (Girl Edition) 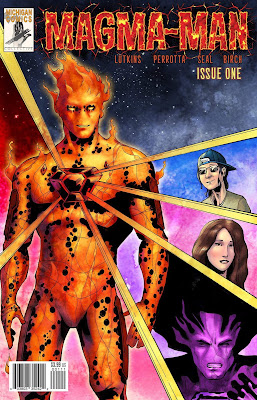 SOLD OUT!!!!
In a world with no real heroes, one lands from the stars and is befriended by two teenagers. Unfortunately, he didn't come alone. Will he be the hero the world needs or join his brethren in destroying it? Written by Jack of Spades co-creator, Trico Lutkins. Illustrated by Marvel and DC veteran Rich Perrotta. Colored by Sean Seal (the Rot and Norah) and lettered by Justin Birch. All ages comic book. 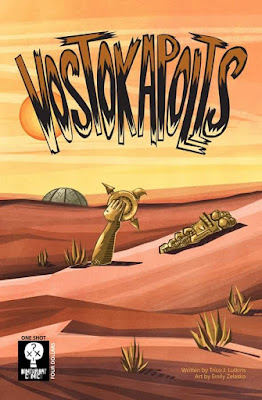 Every wonder what would happen if we found a lost civilization? Historian Trico Lutkins draws on historical precedents to tell the tale of Vostokapolis, a lost city sealed off from the rest of the world beneath the ice of Antarctica. Illustrated by Emily Zelasko. All ages comic book. 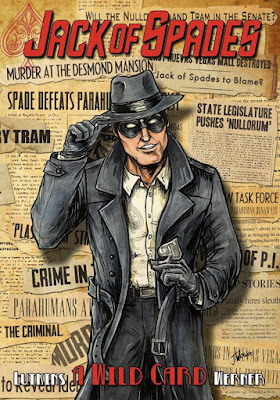 Jack of Spades, Vol. 1: A Wild Card collects The Origin of Plasmaster (from Source Point Presents #1), Jack of Spades #0, Jack of Spades: Lonely Tower Lives (from Alter Egos Volume 1), Jack of Spades #1, and exclusive bonus content. As the growing threat of the parahuman population rages, the Nuevas Vegas police force begin taking new precautions. But only one man is successful in bringing down this new wave of super-powered crime, the masked P.I. known only as The Jack of Spades. In a city ruled by criminal organizations, can Spade truly get the job done? And where does he fit in with the mounting politics? Packed with action and a pulp noir appeal, this collection is the perfect intro to Trico Lutkins’ unique world of characters and its #1 wild card, the Jack of Spades.
Graphic Novel, 90 pages.  Jack of Spades Vol. I: A Wild Card 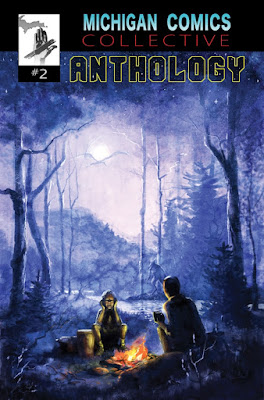 The Michigan Comics Collective (an imprint of Source Point Press) is BACK with an all new collection of 12 short comic stories from the best in up-and-coming talent that the MItten State has to offer! Graphic Novel. 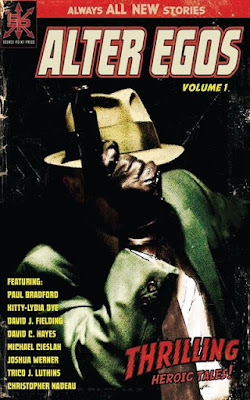 This anthology contains the short story, "Lonely Tower Lives," featuring the title character from the comic series, Jack of Spades. A must for fans and a great way to introduce new readers to this great character. Also, there are other short stories in the anthology written by David C. Hayes, Michael Cieslak, Chris Nadeau, Paul Bradford, and David J. Fielding who played Zordon on the Mighty Morhpin' Power Rangers television show. Prose. 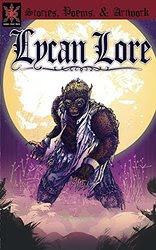 SOLD OUT!!!
Stalking out of the forest of our darkest nightmares they come. Devouring everything in their paths. Awakened by the full moon. Driven by the hunger for human flesh. Werewolves! This anthology features the poem, The Human Corset, and the short story, The Mehlusa, by author Trico J. Lutkins. Prose. 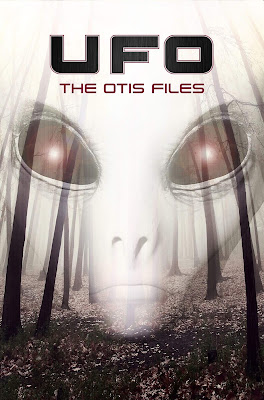 SOLD OUT!!!
This film goes deep into the heart of a small town as it unravels the secrets and mysteries of… The Otis Files!
This mockumentary directed by Warren Jackson and written by Trico Lutkins will forever change how you see aliens, small town America and Asians! Full Length Feature  Film. Adult language and situations.         UFO: The Otis Files DVD (Sold out) 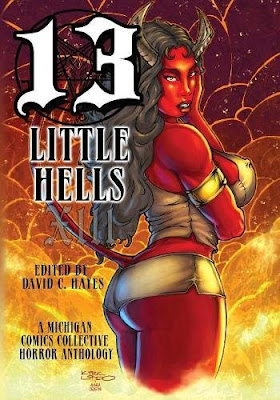 SOLD OUT!!!!
Thirteen chilling stories! Not for the squeamish, that's for sure. Each of these stories is horrifying in their own right. Featuring the short story, Scavengers, by Trico J. Lutkins. Edited by horror author/filmmaker David C. Hayes (Rottentail, Cherub) and with glorious cover art by the legendary Kirk Lindo (Vamperotica, Luxura). Graphic Novel. Mature Readers only.