Some of you may know that recently I dove into the wonderful (and all consuming) world of filmmaking. It has been an incredible yet exhausting process which I'm glad is coming to a close. I've spent the last month or two doing podcast to promote the film, driving out to Lansing, MI to edit with the film's director, Warren Jackson, and stressing out over the Kickstarter being funded.

I've learned a lot about filmmaking from working on this project and a lot about myself as a screenwriter. Having written the script, I thought I might have a hard time letting go of any control I had over what I wrote. Luckily, Warren Jackson is a brilliant director and all the cast members had an amazing understanding of their characters and comedic timing. All the cast and crew enhanced the bare-bones script I had written and fleshed it out to be a truly hilarious film.

During the editing process I discovered that almost anything is possible with Final Cut Pro software. There were so many effects we were able to do during editing that it inspired additional "Otis Vision" daydream sequences that we added to the film to give the audience insight into the mind of Otis.

Mostly, I'm just glad that so many talented people invested their time and skills in making this film as well as the Kickstarter Backers who invested their finances in order for us to have a red carpet film premiere May 6th in Howell, MI at the Howell Historic Theater. I'm overwhelmed that so many people including the cast, crew, and backers believed so much in this film. It wouldn't have happened without all of you.

We're halfway there! (aka "All Roads Lead to Rome!")

This is my first time ever teaching a college course and it's hard to believe that it's already halfway over. In the last four weeks I've already had so many amazing experiences and had some great challenges. There are some things I will do differently next class but there are many things that turned out very well.

This halfway point also marks the progression from studying Ancient Greece into studying Ancient Rome. Anyone that knows me knows how excited I am about this! I feel that the Romans assimilated the passion for the arts that Athens had along with the military prowess that the Spartans displayed to create one of the most powerful (and certainly the most influential) civilizations of the Ancient World.

The next four weeks of class is going to be incredible!
Posted by Trico at 6:31 PM No comments: 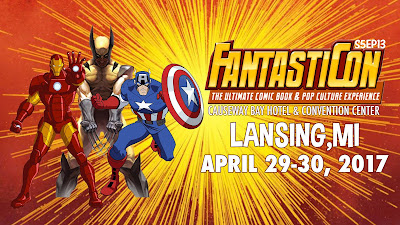 I'll be in Lansing this weekend for Fantasticon. I'll have my comics and books with me for sale as well as my latest one-shot comic, Vostokapolis, from Dim Throat Comics! 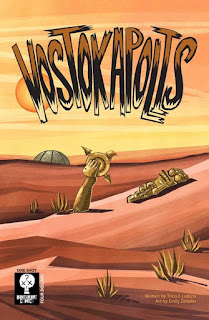 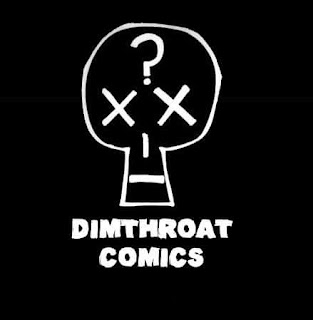 Well, this is my first assignment teaching and I couldn't have picked a better course. That's right, for my first soiree as a professor I've been given the opportunity to teach Ancient Roman and Greek History. Could life be any better? Anyone that knows me knows I love Roman History so this course is a dream come true. I thought I'd have to teach dozens of survey courses before I was given this cool of a teaching assignment.

The best part is that it's primarily an online university so I have students from several countries in my class. I love seeing how different cultures interpret Ancient Rome and Greece. As products of Western Civilization, we tend to view these two cultures very differently than someone whose culture hasn't been directly influenced by them the way ours has.

The second week of class wrapped up yesterday and it's already proving to be an amazing experience. Also, I've been put on the list to teach this course and Art History next term. I'm looking forward to both.
Posted by Trico at 7:21 PM No comments:

I'm having a blast teaching Ancient Rome and Ancient Greece this term! Feeling inspired to work on a PhD. More details to come!
Posted by Trico at 6:44 PM No comments: