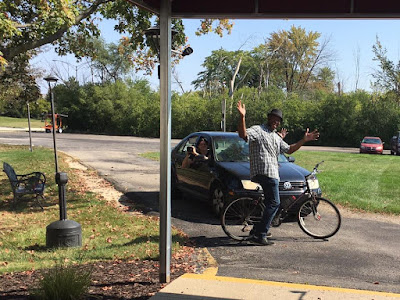 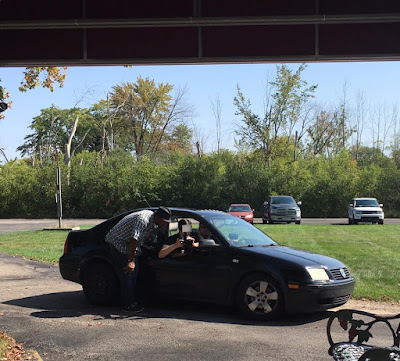 At the Sunrise 45 Film Festival in Alpena, MI. I had the pleasure of meeting Erik Ros, an independent filmmaker from the Netherlands. He was very impressed with the work Warren Jackson and I did on UFO: The Otis Files as well as the amazing work Krissi Kinney and Stephen Florentine did on their film, Replicator, so he invited us to become part of a multi-national film project he was working on called Showbiz.

The film is based on a poem by Charles Bukowski. It follows the trials and tribulations of starving actors from several nations. Our team was tasked with depicting an American actor (played by Warren Jackson) as he preps for an audition with a casting agent (played by Krissi Kinney). We filmed our scenes on September 22 and 23rd in and around Rochester Hills, Michigan.

Filming was an amazing experience. I'm so proud to have been a part of this project with other teams from around the world and to work with an innovative filmmaker like Erik. I've seen a couple rough cuts of the film and it looks amazing! I can't wait to see the audience's response at film festivals next summer.